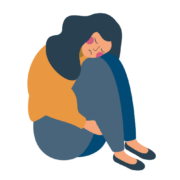 We send love and support to any woman affected by these recent events. We see you and we hear you. 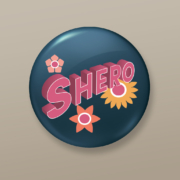 Trevi, the leading women’s charity in Devon, received more than one thousand nominations for Sheroes all across the world as part of its Shero campaign in the lead up to International Women’s Day on the 8 March 2021.

International Women’s Day on 8 March, is a global day celebrating the social, economic, cultural and political achievements of women. The day also marks a call to action for accelerating women’s equality. International Women’s Day has occurred for well over a century, with the first IWD gathering in 1911 supported by over a million people. Today, IWD belongs to all groups collectively everywhere.  This year the theme for IWD was #choosetochallenge and importantly, it was a time to celebrate women’s achievement.

Trevi decided that after the challenging and unprecedented past 12 months, it was time to celebrate all the Sheroes who had come to the fore over the past year. Nominations were received from as far as the US: for mothers balancing homeschooling with work, for women on the frontline of the NHS, teachers, celebrities, influencers, volunteers, grans, nans, sisters and aunties. The list goes on.

Each Shero who received a nomination was sent a handwritten certificate, message and badge to wear with pride. A selection of unique merchandise was also available to purchase including Shero t-shirts and hoodies.

The charity was blown away by the response. Volunteer Peer Mentors worked tirelessly to carefully handcraft each heartfelt message and certificate.

Shero messages included:
‘Following lockdown, I think it’s very obvious that all teachers deserve a medal! This is recognition for being a superstar with the patience of a Saint.’

‘Jenny you are an absolute superwoman. You are bossing homeschooling, making awesome cakes and being a huge support to me and everyone else. You are amazing and I am super proud to be your friend. After all you have been through you still have so much time and love for others and you are just the best mum in the world.’

‘Lizzy is doing an amazing job! Raising 5 kids, home-schooling, working and being there for her family, all in the middle of a pandemic. It gets tough at times and it doesn’t seem like it but everyone appreciates everything you do! Keep smashing it!’

‘You helped my mum with her cancer fight right to the end without giving it a second thought even though you are going through your own fight with this horrible disease! I will forever be eternally grateful to you and to have such a strong selfless woman as an auntie is an honour! You are my SHERO!!!!.’

Trevi also selected a Shero employee of the year, Margaret Bersey MBE. Margaret is the Registered Manager of Trevi’s Daffodil Family Centre. She received a significant amount of nominations from many colleagues, professional contacts and friends.

After 28 years of operation, Trevi now supports more than 550 women and children every year – providing safe and nurturing spaces for women and their families to heal, grow and thrive. Trevi’s vision is for a society where all women in recovery can access good quality, psychologically informed, gender-based interventions without apology.

The charity runs three centres, including a residential rehabilitation centre for mums and their children, Jasmine Mother’s Recovery, Daffodil Family Centre and the Sunflower Women’s Centre – the only women’s centre in the Plymouth community. Sunflower supports women in recovery from addiction, mental ill health, domestic abuse, sexual violence, and criminogenic behaviours. All of Trevi’s services have remained open throughout the entire pandemic thanks to the charity’s dedicated and hardworking team – many who have already been nominated as Sheroes.

Hannah Shead, CEO of Trevi states: ‘We’re delighted with the response to our first Shero campaign – it has been wonderful to celebrate so many special women. This year we felt that it was really important to allow people the opportunity to pay it forward to someone they value and admire due to the past 12 months being extremely challenging. The messages received alongside the Shero nominations have been really touching – I know the team administering the campaign have been brought to tears on many occasions just reading them. It’s also been wonderful to hear from Sheroes when they have received their award – it’s really helped make a positive difference at a difficult time and helped shone a light on women who completely deserve it.’

Emma Johnstone, Peer Mentor of Trevi’s Sunflower Women’s Centre and part of the Shero project team states: ‘I have really enjoyed doing the Shero campaign, I have loved seeing all the different messages from people to their Shero. I think that the level of response has blown me away. We’ve had nominations from all over the UK and even outside of the UK. It has been so uplifting seeing social media posts from women who have received their certificate and badge.’

To see all the Shero nominations this year, visit: https://trevi.org.uk/trevi-sheroes/ 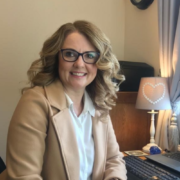